The legend goes that, Dr.Knight had created the world's most sophisticated artificially intelligent autonomous vehicle. Tt is called, The Knight Rider

Being born and brought up in a wealthy family, my mom was brought up with so much fun and energy. Being the little sister of her two big brothers, she was the most pampered. She had everything she wanted in life. If there was anything that I felt she didn’t have; that was fear. I am not saying she is not afraid of anything in the world but the attitude she had to anything was that of fearlessness. She is very much a God fearing lady but ..... mortals intimidating her!! , you must be joking guys. The things that sometimes she does are so bold and outgoing that, anyone in the immediate vicinity will look up to her with awe.

Be it in a temple, railway station, government office or any other place where if it was I or dad it would have taken hours to get a thing done, she will get the same thing done in fifteen minutes. I just can’t believe the kind of contacts she has. Invariably she will know someone who knows someone there. If all else fails, no guard can stop a lady who says, “ I am Padma kumari Amma, from ERTL South,Central Government of India. It has worked even in passport office. Such an amazing social skill she has, which I am sad to say I inherited only in partial. Now that you got an idea of what kind of person my mom is, I would continue with this one particular story.

It all started when we went to Ettumanoor,kottayam her hometown. My uncle (her brother) had recently brought a brand new 4x4. The little girl in my mother very much wanted to drive it. She was like the typical Indian woman, who owned a drivers license but rarely get a chance to drive out of ‘non-support’ from the family. She was a short plump woman, so it was difficult to see the front when she was in the drivers seat. Some pillows solved this shortcoming. Yet we could see the struggle she was having. My dad was skeptic about she driving it, but it was her brother’s kingdom and he was the ruler so that settled it. She gradually gave the accelerator and the vehicle started moving backward..oops the gear.. she changed it and with a horse like jerk it started to move, first slowly then a bit more faster. As we watched with wonder at the ease at which she is driving we saw the jeep moving slightly away from the road. We waited it to steer back to the road, but that never happened. Oops... so as it moved outside the road we started saying “amme amme.. turn it this side... ”. The car slowed down as it entered the grass, just as we sighed... instead of giving brake, mom pressed the accelerator. Shoooo... here goes the car straight through the grass and BANG !!!!.. hit the mango tree ... a part of the tree fell off. We rushed on to the spot, really worried. Poor mom, was there, a bit scared. While we were helping her out she had a sheepish smile. 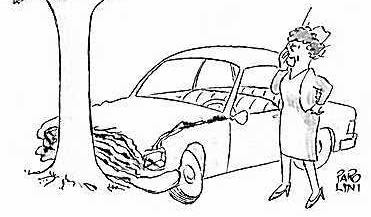 By this incident she was shaken, though not stirred. Also this gave some supporting evidence to dads skeptism of her driving a car. All this wouldn't shake her. My mom is a strong woman. After some months she did take our old Maruthi 800, and drove all by herself. If dad is there she says, she will get nervous. Ignoring all our plea shecontinued to take the car even after many parts of the car lost paint on it. ;) . Finally, now she drives from home to office and back on her own. Our teasing didn't stop there. We continued to tease her that now, the car knows the path so well that it is driving by itself!! :) [ By the way, My mom had drivers license long before dad had taken one, or even before we even had a car. Told you, she has such a good network of friends. ;) ]

It was last autumn that I understood the importance of her perseverance. Driving a car was not about an easy way of transport, it was about independence. She has to no more worry about the auto rickshaws, crowd in the bus or walking long distance. She was a free bird. Once when dad was away on an official tour , I managed to bruise my ankles quite extensively. :) . 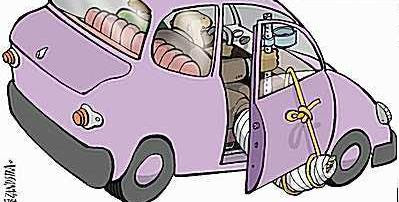 That day while I was sitting beside her and she was driving me to hospital, I noticed quite a number of flaws in her driving. I kept quite, I knew that it didn't matter... she is getting done,what needs to be done. :) .
she showed me what womenhood meant, the strength, perseverance,patience and care lying within. So here I present before you Ms.PadmaKumari Amma from ERTL south, additional director by designation, respected social lady by position, caring wife and above all a loving mother. 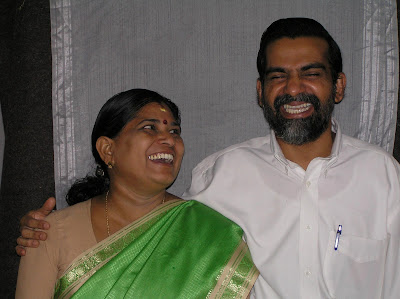 Sidenote : Now she drives the car nicely and she has taken charge of teaching my sister how to drive a car. The story goes that, now she is almost repeating the same words which my dad used while teaching mom. :) [ even the shoutings like, accelarator alla, clutch clutch]

hey...it was really amazing...u expressed yourself extremely well..it felt like as if i m a part of this story...

he he, cheers to your mom, my mom have driver license but still not yet tried her skills on driving ;).

This is one of the best articles by you.. Enjoyed it, man..

Now, i see where you get the "kokkethra kulam kandatha" attitude from! :)

Da it was really interesting. Almost same clutch and accelerator story happened to my aunty also.

Kinda reminded me of my mother-She took driving to the next level when she drove into a parked road roller.

@Hazer, hihi infact it happened to me too, but I can't mention that here na. :D

@Ninoy,
Now that is something. Omg, was she fine after trying to crush the road roler? oops. that must have been hard on the car.

Aunty...thussi great ho! Hats off to you!

really enjoyed reading it.. the way u described ur mom .. almost felt like i know her.. wonderful..u express really well and that credit i believe should go to ur mom as well..:).. hats off to the woman!

Manu daa, Nice one. Read through almost all ur blogs. They are as interesting as the conversations we had in FL. :)

Hey Manu, It is a wonderful description of your mother's traits. To be frank I am also a fan of her, after our team visit to Sabarimala, when she was the star of the trip, getting acquainted with each one of us, she even managed to befriend a policeman and help us get darshan many times. Loved ur blog title tooo.. :)

Your narration is great. I could see things happening in front of my eyes

. And the ways you portrait her... its amazing, she is truly is great woman :).for one thing her perseverance and other the strength ...
after reading this ... i think even i will it a try... not the writing :P but the driving :)

Hi Manu, You have beautifully written about Padmam, my classmate and friend....all that you have written is very correct... I enjoyed reading it..I know her from 1974 onwards.. I have always stood puzzled at her boldness, initiative and confidence.
I feel really happy that she has such a loving and understanding son like you...
Continue to write. I'll follow ur blog..
regards
Sudha aunty

that was a very good one Manu chetta.. :)