For a friend, by a friend.

Who said it can't be changed ? And what great victories has he to his credit which qualify him to judge others accurately - Napoleon Hill. 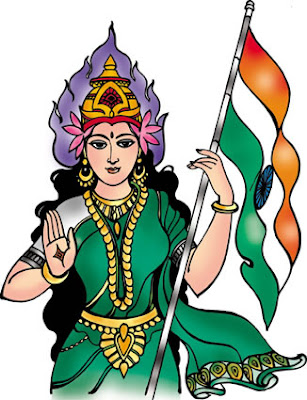 I was just saying adios to my family after the usual hour long skype call and was about to sleep. A friend pinged me
"Manu, can I talk to you. Are you busy?", she asked
I am never busy for a friend, so we talked. What she told me, freaked me.

She had a suspicion that her gmail account has been hacked by her in-laws, she wanted to know what she can do about it. She told me the whole story. It seems she is being treated poorly by her in laws for want of dowry. At first it was just verbal abuse. Now it has turned to occasional physical violence. She was not crying. As she says, "I don't cry anymore Manu, I have accepted this, I don't feel anything now".

Think about this girl, she could be anyone in your friends list. She used to have a job before marriage, she had to leave all that to be with this guy. This guy, he is not some weird guy, he holds respectable position in a very reputable company. Both are from typical middle class families. I am writing this, because she wanted me to tell her story, so that at least another girl won't have to go through what she has gone through. She wanted to tell how her family had took the pain to check the guy's background and how it came all clean. How no one told anything about him or family, though they knew all about this.The scariest part of it !!! The guy's family didn't even mention about dowry. Though she admits that they were curious, as to how much gold the parents were going to give to the girl ; but it was casual. The whole thing about gold being not enough, land to be transferred to her name, all started after marriage. Once the girl gets married, it is like a one way road unless you dare to get more hurt by the society.(more such stories about, about a divorcee in the links at the bottom of the page)

This is not the first story I have heard, but the previous ones hadn't come to the edge of physical abuse. I know a friend's friend, whose husband came to see their child once during birth and once during a ceremony. That is it, he didn't care about her well being or the child's, neither did his family. As I talk to more and more people, I hear new stories. Stories that are not disclosed for fear of shame.These are guys who look modern, with lucrative jobs, cooling glasses and supposedly well educated. They are friends with us, they are among our very own friends list. I guess being educated and being civilized are two different things that can get confused easily. I don't think, our educational system increases the morale in its disciples.

An awakening call to the guys and girls of my age. Do you really want to continue this tradition ? . For all you know, this might bite you back. Do we really need this. Don't we have enough problems already with caste, creed and religion.

I just want to warn the girls out there who are reading this, just make sure that guy's family background is good. If you ask enough people, you can find out enough. If no one says anything good, probably that is because they don't want to say anything bad . In case you can't do all this, there are successful detective agencies for that. I am not kidding, do you really want to play dice with your life ? The simple truth is, you do have the power to change it, say no to any guy or family who even remotely hints about money. You might have to wait longer, but you don't want to get into a spider's web do you?

I know the typical responses from guys, so I just want to give some preemptive answers
You are a guy right? What are you complaining about ? Paisa kittiya pullikkuvo ?

Paisa kittiya pulikkathonnum ella, but how many successful lottery winners do you know ? they have no clue what to do with the money. They end up spending it on alcohol and adultery. Only if you earn it, will it be useful to you. I guess very few people understand the difference between wealth and money. At least have a sense of self respect than to extort money from the girls poor parents. Do you think it is right to ask someone else money because they are marrying you to their dearest. The world around you will change, sooner or later you will be the one at the gun point. Would you stand and watch if this happens to your sister or cousin ?

Just because people are elder doesn't mean they are wiser. They have seen a lot of life, I agree, but they still continue the very stupidity that their elder generation went through. And to think people younger to you know nothing of the world is the attitude of a frog in the well, come outside of the familiar tranquility of the home, see the world and tell me. And to say I haven't experienced poverty might not be completely true. I know the value of money and I have always earned it, the hard way. That is another story that my close friends can tell you.

I don't know how many will be laughing, how many will be sympathetic. Both doesn't change anything. If you believe that the system is wrong, that something needs to be changed then be that change. Do you remember the ad of that child pushing the heavy tree ?

the politicians run away, the police sleeps or stands helpless. It is time we do something. This is something that can be changed only by a community. Spread the word, talk to people, try to talk some sense into them. One of my friends is telling her views via facebook, twitter and her blog . it might change someone's attitude. Another is talking to his friends trying to convince them how this is bad. I convinced one guy, why dowry is bad ; what did you do today ?


Updates : Some things I read. It might kindle the fire in you as it did to me.
http://onthelookoutfor.blogspot.com/2008/05/school-admission.html

Thanks to all friends who are responding. If this helps to change atleast one person's viewpoint about dowry, then I would consider that she passed on a message to the world.
27 comments: