A sad day at the office.

Today I had to complete the grading and upload the marks for the class test. As soon as I done with the uploading, I saw this mail from a student. He must have been waiting eagerly. He got a very low score in the test. His mail was to confirm if the marks were the same and not a mistake. I too had noticed his paper while correcting. He is usually above average in the class and I was surprised at many of the mistakes in the paper. Some of the easy questions were not even answered. I had moved onto correct other papers thinking about the carelessness.
As it turns out, someone close by him passed away on the day before exam and he was not focusing well enough. I think the low score in the exam was another blow for him. He dropped the course. I felt really sorry for the guy. I went through the paper once more. There was nothing I could do, there was simply no place to give more marks. Probably I could have talked to proper authorities and given a retest. But now that he dropped, it is not possible. 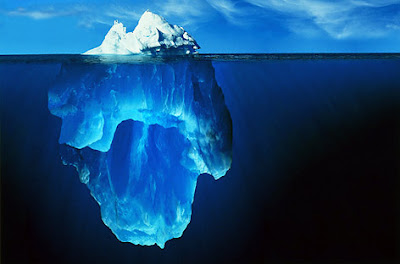 This reminded of a story that I read some time back....
"A man was sitting on the chair in a railway station. His children were playing and soon their playful voices raised into high pitched giggle and merry making. A young lady sitting on the nearby seat was trying to read a book. She got irritated by the noise; even worse she was angry at the guy who was not scolding his children to behave themselves in a public place. When it got intolerable, she decided to confront him. She got the near the guy and spoke;
"Would you mind asking your children to keep their voices down."
He seemed to be in a trance. He slowly looked at her as if he didn't hear. Her voice carried a sense of annoyance at the irresponsible parent.
"I was just wondering, if you could ask your children to keep their voices down."
The guy replied, " They lost their mom today, they don't know that yet. I am sorry I couldn't bring myself to .. " his voice trailed.

Isn't this the case for many other things in life ? You see only the tip of the people you interact with. You can never see the complex emotions . You never see the chain of events that happened leading to an action. We the mortals !!
8 comments: